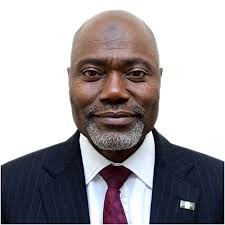 Chairman, Board of Trustees)

Yusuf Olaolu Ali, SAN, is the Chairman, Board of Trustees of the Elites Network for Sustainable Development

After his primary and secondary educations, Yusuf Olaolu Ali gained admission to the University  of Ife, now (Obafemi Awolowo University, Ile-Ife) in 1978 and graduated with a 2nd Class Upper Division for his Bachelor of Laws degree. He was a winner of the prestigious Federal Merit Award for undergraduates and a University Scholar while an undergraduate at Ife. He attended the Nigerian Law School, where he also passed with a 2nd Class Upper Division.

About a decade after graduation, Yusuf Ali went back to his alma mater for his Masters programme which he completed with flying colours in 1991 when he bagged his LLM. He was appointed by the Chief Justice of Nigeria in 1989, as a Notary Public. He attained the highest professional honor at the Nigerian Bar in 1997, when he was conferred with the prestigious and honorable title of Senior Advocate of Nigeria, S.A.N.

Yusuf Ali has been in active legal practice for over three decades. He joined the law Firm of Adegboyega Awomolo & Co in 1983 and rose to become a partner before he left to found his own law firm in June 1994. He is the Principal and Founder of the Law Firm, Yusuf O. Ali & Co, Ghalib Chambers, with offices at ILORIN, Lagos and Abuja with Ilorin as the head office.

Yusuf Ali SAN also served and is still serving on boards of many Companies and Institutions. He was the Chairman Kwara State Law Reform Committee. He is a member of the Board of Trustees of Al-Hikmah University Ilorin. He was the pioneer Chairman, Council of Public Defenders Kwara state. He is the Chairman Board of Directors Apex Microfinance Bank Ltd.

Yusuf Ali SAN held and still holds many professional offices including but not limited to: Sole Judge of the Kwara State Local Government Election Petition Tribunal 1996; Member Kwara State Local Government Election Appeal Tribunal 1997; Life Member, Body of Benchers; Member National Executive Committee, Nigerian Bar Association; Former Chairman and Editor in-Chief of Nigerian Bar Journal; Former Chairman of the NBA Committee on the Rule Of Law; Pioneer Chairman, Nigerian Bar Association Section on Legal Practice (SLP); Pioneer Chairman of the NBA Anti-corruption Commission; News Letter Editor International Bar Association Committee on Damages and Negligence; Member of Council, Commonwealth Lawyers Association; Member Legal Practitioners Disciplinary Committee of the Body of Benchers; He is the Vice Chairman of the International Bar Association committee on Damages and Negligence; He is a member of the NBA ILORIN Council of Elders; He was co-opted into the Council of the University of ILORIN in 1995 to probe the bursary of that university; He is a member of the Board of Trustees of the ILORIN Central Mosque; and Chairman Alanu Trust Fund of the University of Ilorin Teaching Hospital.

Mr. Yusuf Ali SAN is a Patron and Legal Adviser to many professional and socio cultural groups all over Nigeria. He is also an Associate Lecturer, at the Faculty of Law, University of Ilorin. He has delivered more than Two Hundred papers on different and diverse topics at various foray, including the International Bar Association Conferences, Commonwealth Law Association conferences, Annual Conferences of the Nigerian Bar Association, among others.

He had contributed more than 17 Chapters to various legal books and has to his credit more than 40 published learned articles in learned journals in the field of litigation, Commercial Law, jurisprudence, practice and procedure, constitutional law in local and international law journals. He had represented many state governments, high net worth Individuals, Corporate and Institutional Clients before all the superior courts of record from the high court to the Supreme Court in many landmark cases.

Yusuf Ali has been awarded more than 100 honours from within and outside of Nigeria. He is listed in the American Biograhical Institute's Who is Who, as well as in Nigeria's Who is Who.

He is very passionate about philanthropy and using the vehicle of YUSUF ALI FOUNDATION of which he is the Founder and sole Financier so far, had intervened in many public institutions by donating: A Twin Dormitary to the University of ILORIN; An Eighty bed Hostel to the OSUN State University; A Ten Bed Advanced Trauma Centre to the University of ILORIN Teaching Hospital; Thirty unit ICT center to the Faculty of Law OBAFEMI Awolowo university ILE IFE; Thirty unit ICT center to the College of Law, Crescent University ABEOKUTA OGUN state; Endowment of the Crescent University College of Law Building; Forty unit ICT center to the KWARA state polytechnic , ILORIN; A brand new Kia Rio 2014 Model to the University of Ibadan for the use of the Department of Arabic and Islamic Studies of the university. In the recent past, in order to enhance the work of the KWARA state police command, he donated a wellequipped patrol van and some units of motorcycles.

The Yusuf Ali Foundation does a lot of other charity work like award of scholarships to indigent students in secondary and tertiary institutions both in Nigeria and outside, provision of wells and boreholes to communities, medical financial assistance to patients both within the country and outside and the development of literary awareness in secondary schools all over the country by entering into an annual sponsorship with the Association of Nigerian Authors. Yusuf Ali is a well-travelled man and has visited all the continents of the world for professional and educational purposes. He has published many learned articles in learned journal and contributed chapters to many books.