The Elites Network for Sustainable Development (ENetSuD), an anti-corruption Civil Society Organization known to be promoting good governance, transparency, and accountability, has released a part of its novel #KwaraBillsTracker report for the 3rd legislative year of Kwara State House of Assembly (KWHA). The report is the 3rd of its kind since the inauguration of the 9th KWHA.

In the report, ENetSuD disclosed that the 9th KWHA has passed 25 bills into law since its inauguration.

ENetSuD’s report revealed that the remaining 20 bills were proposed by the Governor of Kwara State, AbdulRahman AbdulRazaq, as Executive Bills (details available in the attached infographic).

ENetSuD calls on the KWHA lawmakers to use the remaining one year to focus on the legislative duties that they were voted for by their constituents, as the last 3 years have not been good enough as far as their legislative performance is concerned. 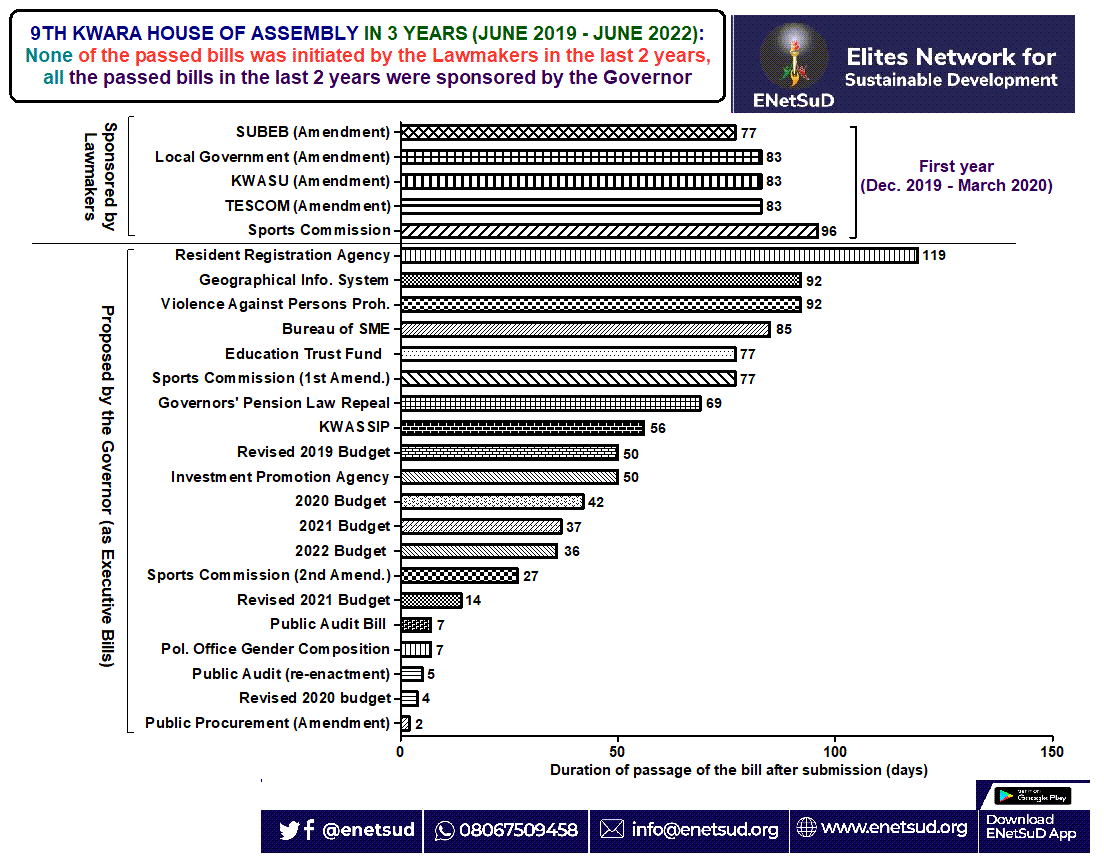