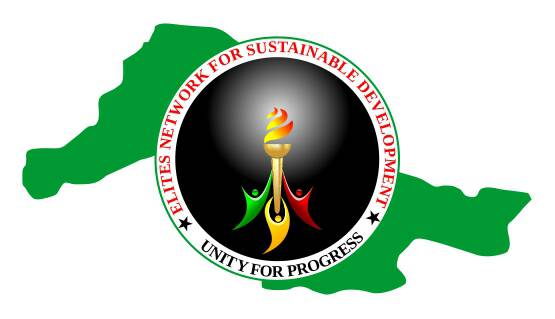 January 7, 2020 Written by Sheriff Quadry. Posted in News and Updates No Comments

Elites Network for Sustainable Development (ENetSuD), a Kwara-based Civil Society Organization known for its #FollowKwaraMoney activities, has written the Kwara State House of Assembly (KWHA) to repeal the Kwara State Governor and Deputy Governor (Payment of Pension) Law 2010. In a letter addressed to the Rt. Hon. Speaker (Salihu Yakubu Danladi), jointly signed by its Coordinator (Alagbonsi Abdullateef, Ph.D.) and Director of Legal Services (Lukman Raji Esq), and voluntarily supported by two hundred and sixty-three (263) Kwarans who joined the advocacy, ENetSuD prayed to the KWHA to repeal the law and outlaw payment of pension, gratuity and other allowances to past Governors and Deputy Governors other than the statutory 300% severance allowance provided for by Revenue Mobilization Allocation and Fiscal Commission (RMAFC) Act. ENetSuD also urged the KWHA to allow provision of personal staff and health insurance to past Governors and Deputy Governors on compassionate ground as an appreciation of the services rendered to the state.

BACKGROUND
Mr Speaker Sir, we refer you to the Governor or Deputy Governor (Payment of Pension) Law 2010 (Kwara State Law No 12 of 2010). The law provides for the following payments and benefits to past Governor and Deputy Governor:
Annual Basic Salary (irrespective of the tenure in office)

i.   Payment of 100% of Annual Basic Salary of the incumbent Governor to any eligible past Governor.

iii.  Review of the payments every 5 years or when there is salary review of the Political Office Holders by Revenue Mobilization Allocation and Fiscal Commission (RMAFC) in line with section 210 (3) of the Constitution of Federal Republic of Nigeria, 1999.

iv. Provision of 1 Car, 1 Security Car, 1 Administrative Officer and 1 Personal Secretary for any eligible past Governor or Deputy Governor who served Kwara State for a single term of 4 years.

Additional Benefits for any past Governor or Deputy Governor who served for two consecutive terms
v. Payment of various percentages of Annual Basic Salary as Furniture, House Maintenance and Car Maintenance allowances.

viii. Two (2) cars for the past Governor and 1 Car for the past Deputy Governor in addition to 1 Pilot Car to be replaced every 3 years.

ix. Free medical treatment for the past Governor or past Deputy Governor and members of their immediate families.

Mr. Speaker Sir, we call on the Kwara State House of Assembly to consider the following prayers from us in the public interest:

While awaiting your prompt actions on our request, please be assured of our highest regards always.

NB: Attached is a list of two hundred and six-three (263) Kwarans that are in support of this legislative advocacy. They were properly informed about the purpose of our advocacy and they voluntary and consciously filled our online google form where their names, email addresses, local government areas and phone numbers were harvested. Thus, this advocacy to grant our prayers reflects the wish of many Kwarans and in the public interest

Aside the submission to the Speaker of Kwara State House of Assembly, a copy of the letter has been delivered to the Executive Governor of Kwara State (Mallam Abdulrahman Abdulrazaq) and Attorney General and Commissioner for Justice, Kwara State (Barr. Salman Jawondo).