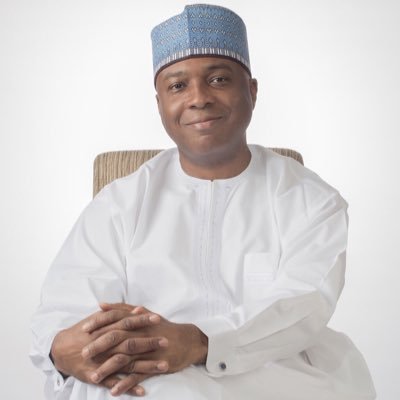 December 7, 2019 Written by Sheriff Quadry. Posted in Uncategorized No Comments

The immediate past Senate President and representative of Kwara Central Senatorial District (Sen. Abubakar Bukola Saraki) has responded to the request of Elites Network for Sustainable Development (ENetSuD) on some 2018 capital projects he influenced to his constituency while in office. This response complements the previous financial details received by ENetSuD from Nigeria Building and Road Research Institute (NBRRI) who executed the projects.

It will be recalled that following ENetSuD issuance of 30-day pre-action notice to NBRRI on 23rd September, 2019 to warn against likely litigation, NBRRI replied ENetSuD’s FOI request on 17th October, 2019 after 2 previous refusals. The reply of NBRRI contained financial details of the 14 projects ENetSuD requested for, name and contact details of contractor and the projects’ execution status.

Among these projects, 12 are construction works that are physically verifiable while 2 are training activities which are not easily verifiable after completion. These training projects include:

The second one (training for youths in specialised skills) was contracted to Chimathola International Ltd and costs ₦94,999,929. Out of the ₦100,000,000 budgeted for it, only 46% (equivalent to ₦46,000,000) was also released by Federal Government to NBRRI for its execution in 2018, but the contractor got ₦61,512,454 out of ₦66,499,950 raised in the certificate of valuation of work done. However, the list of the beneficiaries of both projects were not provided to ENetSuD by NBRRI even though they were reported to be 100% executed.

In order to ensure that all the projects’ beneficiaries are tracked and confirmed, ENetSuD approached the Director of Project of Sen. Bukola Saraki Constituency office (Mr. Ibrahim Olayinka Otukoko) to provide their names and contact phone numbers, as their constituency office was reportedly used for the trainings and the beneficiaries were also nominated by them. In the breakdown list exclusively provided to ENetSuD, Mr. Otukoko gave the names and phone numbers of beneficiaries of the following trainings: