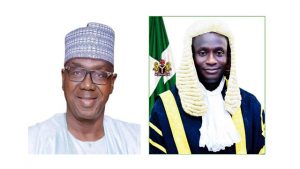 Elites Network for Sustainable Development (ENetSuD), a Kwara-based Civil Society Organization, has called on the Kwara State Government (Legislature and Executive arms) to reflect on the significance of Independence of Nigeria and consolidate this with Freedom of Information for Kwarans to enable them have access to information on how Kwara money is being spent, which will help government to gain public trust.

It will be recalled that Governor Abdulrahman Abdulrazaq requested for minor amendment of the Kwara State Freedom of Information (FOI) Bill 2019 before it could be given assent. However, the Kwara State House of Assembly has kept the Bill since 23rd of July, 2019 without any action, which marks the 70th day of burying the Bill by the Assembly.

In a statement signed by its Coordinator (Dr. Alagbonsi Abdullateef), ENetSuD registered its concern over the Assembly’s inaction on the minor amendment of the Bill for 70 days, which has been preventing the Governor’s assent. ENetSuD noted that the Kwara State House of Assembly under the leadership of Rt. Hon. Yakubu Danlad has not given any priority to the FOI Bill like it has prioritized other executive requests, an attitude that is turning the current administration’s promise of Transparency and Accountability to a mirage.

ENetSuD also challenge Governor Abdulrahman Abdulrazaq to be reactive to the inaction of the Assembly on the minor amendment he requested for. ENetSuD noted with surprise that the Governor kept quiet for 70 days without any official reminder to the Assembly on the bill that he said to have believed in to promote transparency and accountability promised by him.