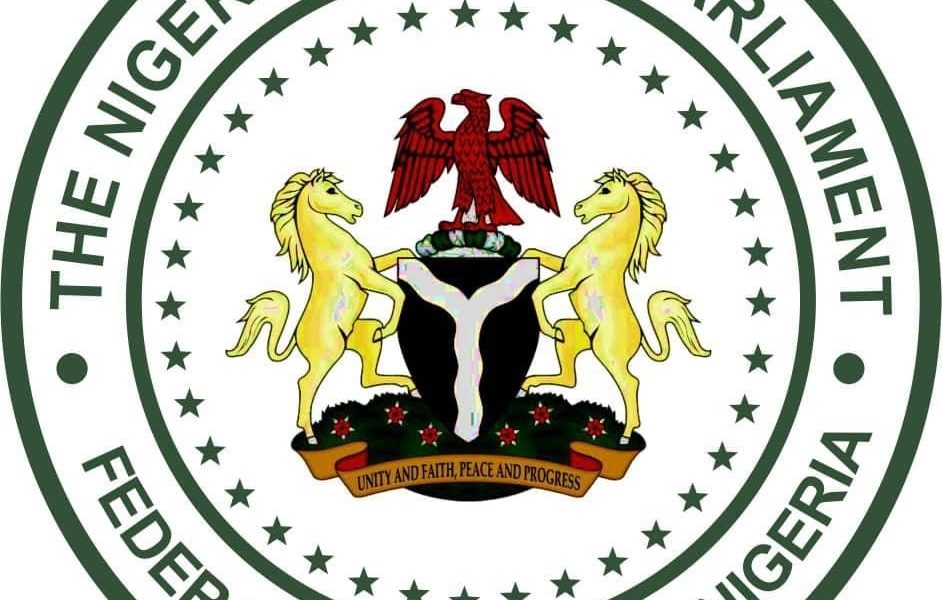 YOU ARE A SILENT ACHIEVER, ENetSuD TOLD

September 30, 2019 Written by Sheriff Quadry. Posted in Uncategorized No Comments The Nigerian Youth Parliament, the only statutory youth legislative body recognized by the Federal Government of Nigeria, made a special advocacy visit to the secretariat of Elites Network for Sustainable Development (ENetSuD) and delivered goodwill messages on behalf of the Nigerian Youths. It will be recalled that the parliament, through a letter NYP/NASS/HL/352 dated 24th September, 2019 and signed by the Leader of the House (Hon. Abdulkareem Abdulkareem), requested for a special advocacy visit to ENetSuD office aimed at introducing the 4th Assembly of the parliament (as inaugurated by President Muhammadu Buhari on 28th May, 2019) and initiating partnership discussion with ENetSuD.

During the speech of the parliament, various impacts of ENetSuD in Kwara state were surprisingly highlighted by the parliament representatives (Hon. Abdulkareem Abdulkareem, Hon. Jimoh Bashir and Hon. Babatunde Fatai). The statement of the parliament reads “We have been following ENetSuD on social media, radio and TV programs, and we have noted that a lot of your activities are in line with the mandate of the Youth Parliament as representative of the youths’ interest. We want to commend the effort of ENetSuD for its #FollowKwaraMoney activities which have greatly followed Kwara money that belongs to all of us. If not for the effort of ENetSuD in Kwara state, many people would not have known what belong to them. With the impact of ENetSuD, many citizens have felt the impact of government (legislature and executive) in their communities through proper implementation of projects in the budget”.

Expressing its appreciation to ENetSuD further on behalf of Nigerian Youths, the parliament said “Everybody in Kwara state has felt your impact and we are praying to Almighty God to guide you and be with you. We are pleased to have the opportunity to meet a leading Civil Society Organization that has been promoting good governance in Kwara State. ENetSuD prioritizes the interest of the masses and has made people to know what they should expect from government in a budget year, how they can track the projects, how they can make the projects to be effective, and ensure that the funds are not diverted. We see ENetSuD as an organization that needs to be commended for its effort despite its lack of fund. We are always ready to partner with you. Many Kwarans have felt your impact, you are a silent achiever. Anytime you need us, we shall be available to render any support to you, as you are serving the interest of the Kwara youths”.

Continuing its statement, the parliament requested for partnership with ENetSuD in the advocacy for the domestication of Freedom of Information (FOI) Act in Kwara State, an advocacy that was initiated and sustained by ENetSuD till date. The parliament noted that if the FOI Bill is signed into Law in Kwara, ENetSuD (and other stakeholders) will be able to monitor Kwara State funds as it has been doing for Federal Government funds in Kwara State. The parliament also added that FOI Law is highly needed in Kwara state, which will help in the monitoring of many programs and activities of government and minimize corruption.

Responding to the parliament’s goodwill messages and request for partnership, ENetSuD Assistant Secretary (Mr. Lanre Osho), who represented ENetSuD in the meeting, thanked the parliament and further explained some recent activities of ENetSuD. He stated that all ENetSuD activities are selfless towards ensuring that Kwara money works for Kwarans. He hinted that most of the Federal Government capital and constituency projects in Kwara state had been improperly executed or diverted before the establishment of ENetSuD, but there has been significant improvement as a result of ENetSuD tracking of the projects in the recent time. He further explained the methodology of ENetSuD budget tracking to the parliament. He emphasized that ENetSuD is  an organization that is not formed to blackmail any person or group, but has a singular interest of ensuring that Kwara money works for Kwarans. Finally, he expressed hope that the proposed partnership of the Nigeria Youth Parliament and ENetSuD will be beneficial to Kwarans and humanity at large.