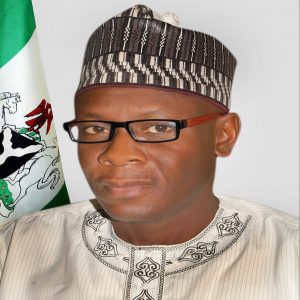 It will be recalled that the LNRBDA requested for payment of N10,000 into her Treasury Single Account on 13th August 2018 before the request for information on the 2017 Zonal Intervention Projects execution status by ENetSuD could be granted. In order to comply with the directive and assess the volume of the information upon which the LNRBDA billed N10,000, ENetSuD made the payment on 12th September, 2018 but was disappointed to be given a 3-page document in exchange for the money paid.

In a letter dated 14th September 2018 and signed by its Director of Legal Services (Barr. Luqman Raji), ENetSuD queried the LNRBDA to provide breakdown of how such 3-page document was justified with the N10,000 paid and insisted that such payment is not envisaged under section 8 of FOI Act 2011.

Consequently, the LNRBDA responded to ENetSuD on 20th September 2018 via a letter signed by its Principal Legal Officer (I.T. Mohammad Esq) and stated that “the FOI Act did not impose any obligation to render a breakdown on the token chargeable as fees, hence your request for a breakdown is misconceived. The fees paid was validly assessed under the law and demanded bonafide as an internally generated revenue lawfully achieved by the Authority and duly remitted to the Federation Account; and the Authority was obliged to charge fees for documentation and transcription”.

ENetSuD was not satisfied with LNRBDA’s response and served her a 30-day Pre-action notice requesting for refund of the money, failure of which it would approach law court for redress. Due to failure of LNRBDA to comply with the notice, the registered trustees of ENetSuD filed a suit no FHC/IL/CS/28/2019 at Federal High Court Ilorin on 10th April 2019 against the Authority. The Hearing on the case came up on 27th May 2019 where ENetSuD’s ex-perte application was granted.

After hearing S.H. Bayero Esq who held the brief of Lukman Raji Esq. (Counsel for ENetSuD), the presiding judge, Justice B.G. Ashigar, ordered and granted ENetSuD the leave to file a writ of Mandamus against LNRBDA. He also ordered that a copy of the order together with all processes filed in the suit be served on LNRBDA for responding within 7 days from the date of service. He then adjourned the matter to 24th June, 2019 for mention