WHY KAIAMA-KISHI ROAD IS NOT COMPLETED YET———- FASHOLA TELLS ENetSuD 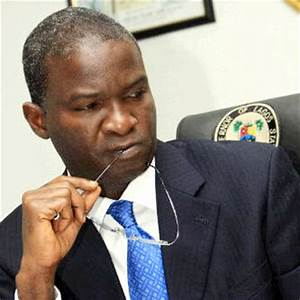 The Honorable Minister of Power, Works and Housing, Mr. Raji Fashola SAN, has responded to the Freedom of Information (FOI) request submitted by ENetSuD on 9th April, 2019. It will be recalled that ENetSuD wrote the Ministry to account for how all the funds received from Federal Government for the road project execution were spent.

However, the exact amount released to the Ministry and paid to Kwara State Government from the N774,503,028 budgeted in 2018 was not disclosed, as the procurement process and 2018 budget execution is still in progress. Mr. Fashola added that the Percentage Physical progress of the project is 16.9%.

ENetSuD noted that the project is underfunded, as the total amount released so far within 3 years is still very low compared to the contract sum, making the project percentage completion to stand at 16.9%. For instance, only 15.9% of the amount budgeted in 2016 and 61% of the amount budgeted in 2017 were released, totaling 16.6% of the contract sum. The percentage of the budgeted amount released in 2018 is yet to be disclosed.

While ENetSuD is aware that part of the road was asphalted around December 2018 (some of which have been washed away by rain), we will continue to monitor further release of fund for the project until it is completed, so that the project will benefit Kwarans as planned.