May 31, 2019 Written by Sheriff Quadry. Posted in Uncategorized No Comments

The Honorable Minister of Water Resources has replied the Freedom of Information (FOI) request of ENetSuD and disclosed that Eight Hundred and Three Million, Eight Hundred and Twenty Three Thousand, Eight Hundred and Thirty One naira (N803, 823, 832) was spent on Patigi Water Project between years 2012 and 2017. Moreover, another Seven Hundred and Fifty Million naira (N750, 000, 000) was budgeted in 2018 for the same project.

It will be recalled that ENetSuD wrote an FOI letter to the Federal Ministry of Water Resources, Abuja on 17th April, 2019 to request for the execution details of the Water project and the amount spent by Federal Government of Nigeria from inception till 2018.

Explaining further, the Minister said that the Study and Design Consultancy Services Contract for Phase II was awarded to Qiblat Associates Ltd who received N25,245,858 in year 2016. This Minister reported the 2 contracts in Phase I and the Consultancy contract in Phase II to be 100% completed, while adding that the procurement processes of Phase II (which include intake, mechanical, electrical, storage tanks and pipeline works and budgeted in 2018 at N750,000,000) is at advantage state.

Following the explanations of the Minister, ENetSuD made on-the-site visit to the project in Patigi, toured it round and interviewed the Acting Workshop Manager of Gilmor Nig. Ltd. (Engr. Hamzat) who confirmed that only phase I has been done so far, adding that nothing has been done on phase II.

Finally, ENetSuD will evaluate what has been done so far in the site and determine if the N803,823,831 spent so far on this project is justified, as it is our determination to #FollowKwaraMoney, so that Kwara money will work for Kwarans. 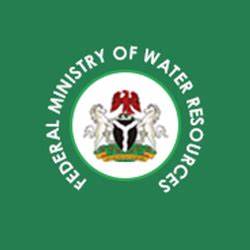