ASSENT TO FOI LAW WHEN TRANSMITTED TO YOU —– ENetSuD URGES ABDULRAHMAN

Elites Network for Sustainable Development (ENetSuD), a Kwara-based Civil Society Organization (CSO), has again commended Dr. Ali Babatunde Ahmad -led Kwara State House of Assembly for passing the Kwara State Freedom of Information (FOI) Bill 2019. It will be recalled that the Bill is a product of ENetSuD Legislative Advocacy to the Assembly to Domesticate FOI Act in Kwara State.

The Executive Governor of Kwara State, Abdulrahman Abdulrazaq, interestingly stated in his Inauguration Speech on 29th May 2019 that “What we have lacked before now are dependable and sustainable development plans, credible policies and policy discipline, accountability and transparency, a good sense of social justice and ability to expand social and political spaces that will promote tolerance, equality and innovation. These are areas where our government will make a difference”.

As a leading CSO in Kwara with major interest in Good Governance, Transparency and Accountability, ENetSuD noted this very part of his promises with great interest. It is on this basis that we urge His Excellency to give his Assent to the FOI Act 2019 that has just been passed by the outgoing 8th Kwara State House of Assembly immediately it is transmitted to him. This will enable ENetSuD and other concerned stakeholders to monitor Kwara State Budget implementation and engage State and Local Governments on Transparency and Accountability, as we have been commendably doing for the Federal Government.

It wiill be recalled that ENetSuD, in a letter addressed to the Speaker of the House dated 6th May, 2019, earlier requested the 8th Kwara State House of Assembly to domesticate the FOI Act in Kwara State before the end of the Assembly tenure. The Bill, as proposed by ENetSuD, passed first and second readings on 21st and 22nd May, 2019 respectively. After the unanimous agreement by Stakeholders in the Public Hearing on 27th May 2019, the Bill was finally passed on 30th May 2019 at the Floor of the House by unanimous support of the Honorable members.

In the position paper submitted at the Public Hearing, ENetSuD had earlier listed the benefits of the bill to include: (i) making a compliant government to be credible, trusted, respected and supported by citizens; promoting storage and preservation of public information over time; protecting government from public misconception and misinformation about governance; clearly defining information that can be provided by government and those that cannot be provided; increasing transparency and accountability and ending secrecy in government spending; empowering citizens to ask Kwara State and Local governments how public funds are spent; making public interest to override any other factor or prejudice; empowering citizens to sue governments for failure to account for public fund spending; providing for free access to information by citizens and encourage public education and community engagement in governance; and promoting progress and innovation in governance. 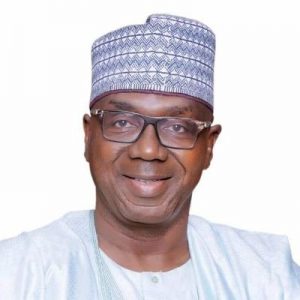