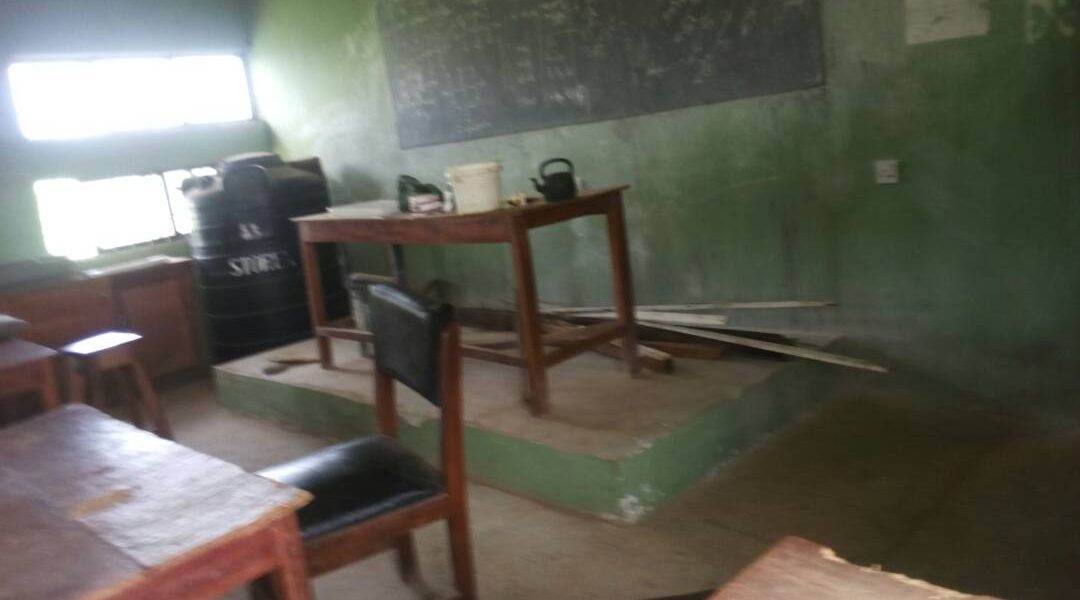 POOR STATE OF PUBLIC SCHOOLS IN KWARA STATE: ENetSuD TASKS STATE GOVERNMENT ON ADEQUATE FUNDING OF EDUCATION AND ENSURING ITS JUDICIOUS USE BY SCHOOL MANAGEMENTS 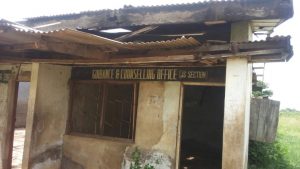 Elites Network for Sustainable Development (ENetSuD), a Civil Society Organisation (CSO) in Kwara state, has called on the state government to prioritise funding of the state-owned schools and declare state of emergency in the educational sector of the state. The group described most of the public schools in the state as a caricature of their old setting. In a press statement signed by its Coordinator (Dr. Alagbonsi Abdullateef) and made available to Journalists, ENetSuD noted that funding of education across the state has been grossly inadequate.

As part of ENetSuD obligation to bringing the state government’s attention to areas of public interest that need immediate government’s intervention, the group’s Directorate of Investigation and Public Petition visited some schools across Kwara state, including Ilorin Grammar School (IGS) Ilorin, Government High School (GHS) Ilorin, Government Secondary School (GSS) Ilorin, Mount Carmel College (MCC) Ilorin, Government Technical College (GTC) Patigi, Islamiyyah College Patigi, Taoheed LGEA Primary School Offa, and over 30 other schools across Kwara state where the 2017 Federal Government Zonal Intervention Projects were located. Our investigation showed that the public schools across Kwara state are in a state of shame. The deplorable conditions of the schools with dilapidated structures make them unhealthy for effective teaching and learning. This could have been one of the reasons for low patronage of public schools, thereby making privates schools the next option for people who want a befitting school for their children and wards. Due to the negligence by Kwara state government, it is regrettable that the reputable schools in the past that produced virtually all the important personalities in Kwara state are now the options for only the poorest and vulnerable Kwarans who cannot afford to pay the fees of Private schools.

ENetSuD had earlier issued statements to call the attention of the state government to the pitiable conditions of Islamiyyah College and Government Technical College, both in Patigi LGA of the state. Responding to the statement of ENetSuD, the Executive Governor of Kwara State, Alh. Abdulfatah Ahmed, explained through his official Twitter handle on the 29th June, 2018 that: “the state of this school is one of the reasons I have severally called for emergency reforms in the education sector. A country’s development trajectory is firmly subject to the range and quality of its educational system. As it stands, ours require reform urgently. States are expected to fund school infrastructure through matching grants from Universal Basic Education Commission (UBEC). Currently, most States are unable to afford the counterpart funds to access the grants. Also, UBEC grants only cover primary schools and Junior Secondary Schools (JSS). How can we rehabilitate JSS and ignore Senior Secondary School classrooms? We need to reform UBEC to ease States’ access to the funds and expand its remit. That is a Key way to address education infrastructure at pre-tertiary levels”. The governor also claimed to have rehabilitated 400 blocks of classrooms at primary and secondary school levels across the state and promised to do more.

The ENetSuD is aware of and commend the construction of classrooms in various schools across Kwara state by Federal Government as part of the Zonal Intervention (Constituency) Projects nominated by the Federal Legislators from Kwara state. We also commend the state government for the creation of IVTEC Ajase-Ipo, which will definitely promote vocational and technical education in Kwara state. However, we totally condemn the consistent lack of maintenance culture by the state government on the already existing schools and their classrooms. Based on the pitiable level of negligence of various schools, we do not have confidence that the state government will also maintain the classrooms recently built with tax-payers money.

Quality basic education is one of the things that must be provided by any responsible government, which will have direct impact on the lives of all Kwarans. We strongly recommend that the state government provide adequate budgetary provisions for the counterpart funds that will enable it secure the UBEC grants, so as to address the infrastructural needs of our schools. Moreover, the state government should totally take charge of the infrastructural needs of the Senior Secondary School, since the Primary and the Junior Secondary Schools have been covered by UBEC grants. Overall, we are calling on the Kwara State government to urgently declare a state of emergency in the educational system of the state.